She graduated in 2008 with a teaching

degree in painting and the visual arts from the Hungarian University of Fine Arts, where her tutors were József Gaál, Zsigmond Károlyi and Frigyes Kőnig. In 2007 she received a scholarship from the Universidad de Castilla-La Mancha. In 2018 completed her studies at the University of Pécs Doctoral School. She lives and works in Siófok. Alongside her artistic pursuits, she teaches art and art history at secondary school and curates various artistic projects. She has taken part in solo and group exhibitions since 2010. From 2012 to 2015 she had her own graphic art column in the journal Élet és Irodalom (Life and Literature). She won a Barcsay Award in 2013, a Dezső Szabó Scholarship in 2014, creative grants from the Hungarian Cultural Fund in 2014 and 2015 and a Doctoral Student of Excellence Award in 2018. Her works feature in several private collections.

2016
acrylic paint and oil, canvas
220 × 200 cm
photograph: Gábor Horváth S.
collection of the Doctoral School of the University of Pécs, Faculty of Music and Visual Arts 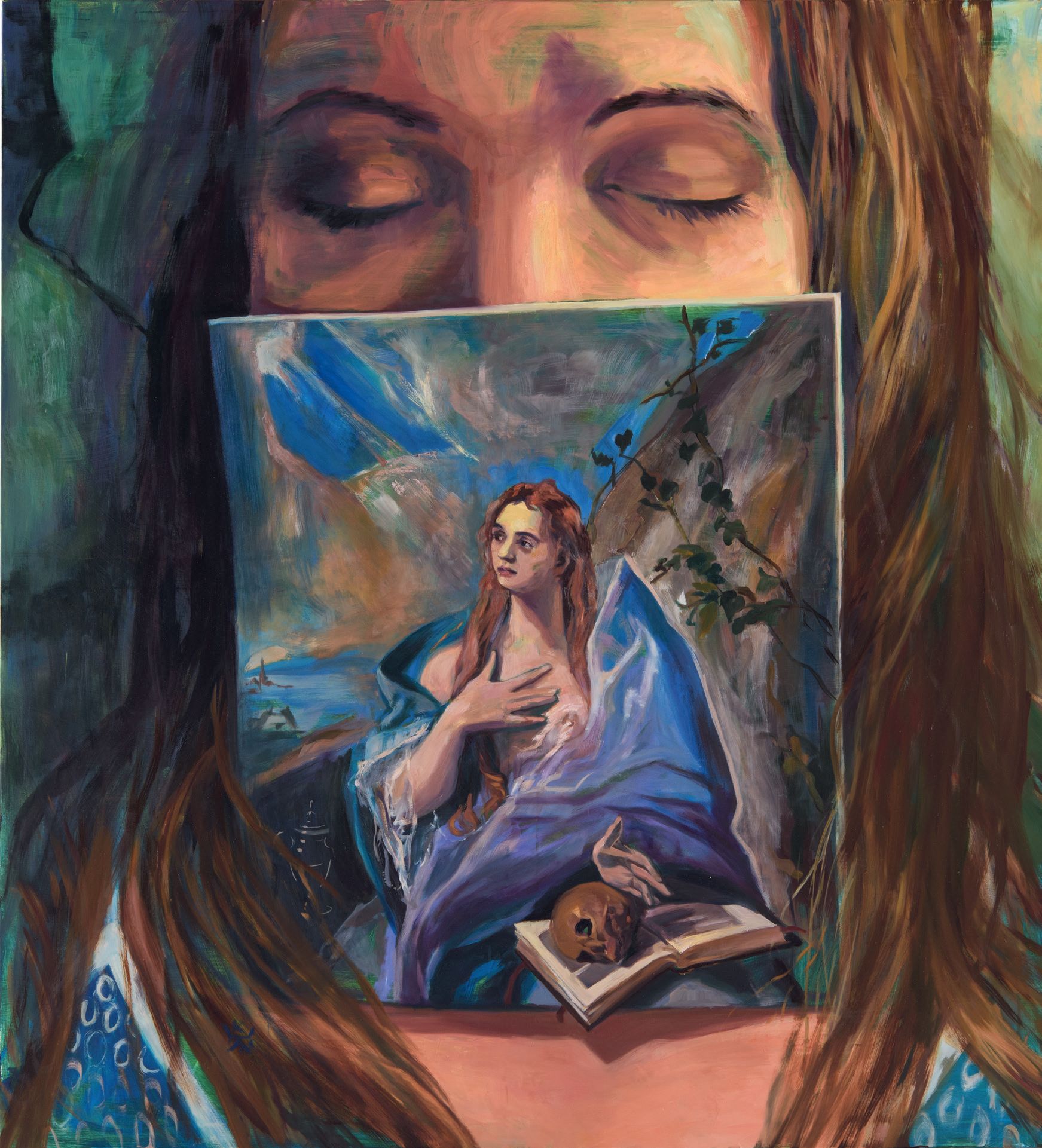