He completed his studies in painting at the Hungarian University of Fine Arts between 1997 and 2002. His master was Árpád Szabados. He has been exhibiting his works since 2000 and has had several solo shows. Important recognitions: Carmen Würth Award (2000), Bertalan Székely scholarship (2000), Schiller Opel Award (2000), support awarded by the Association of Hungarian Creative Artists (2005, 2008), special prize awarded by the fourteenth Panel Painting Biennial (2012), special award of the Balaton exhibition (2013). His open-air works can be found in Győr and Veszprém.

2018
acrylic on canvas mounted on a wooden box
140 × 205 cm
photograph: Dávid Biró
courtesy of the a VILTIN Gallery 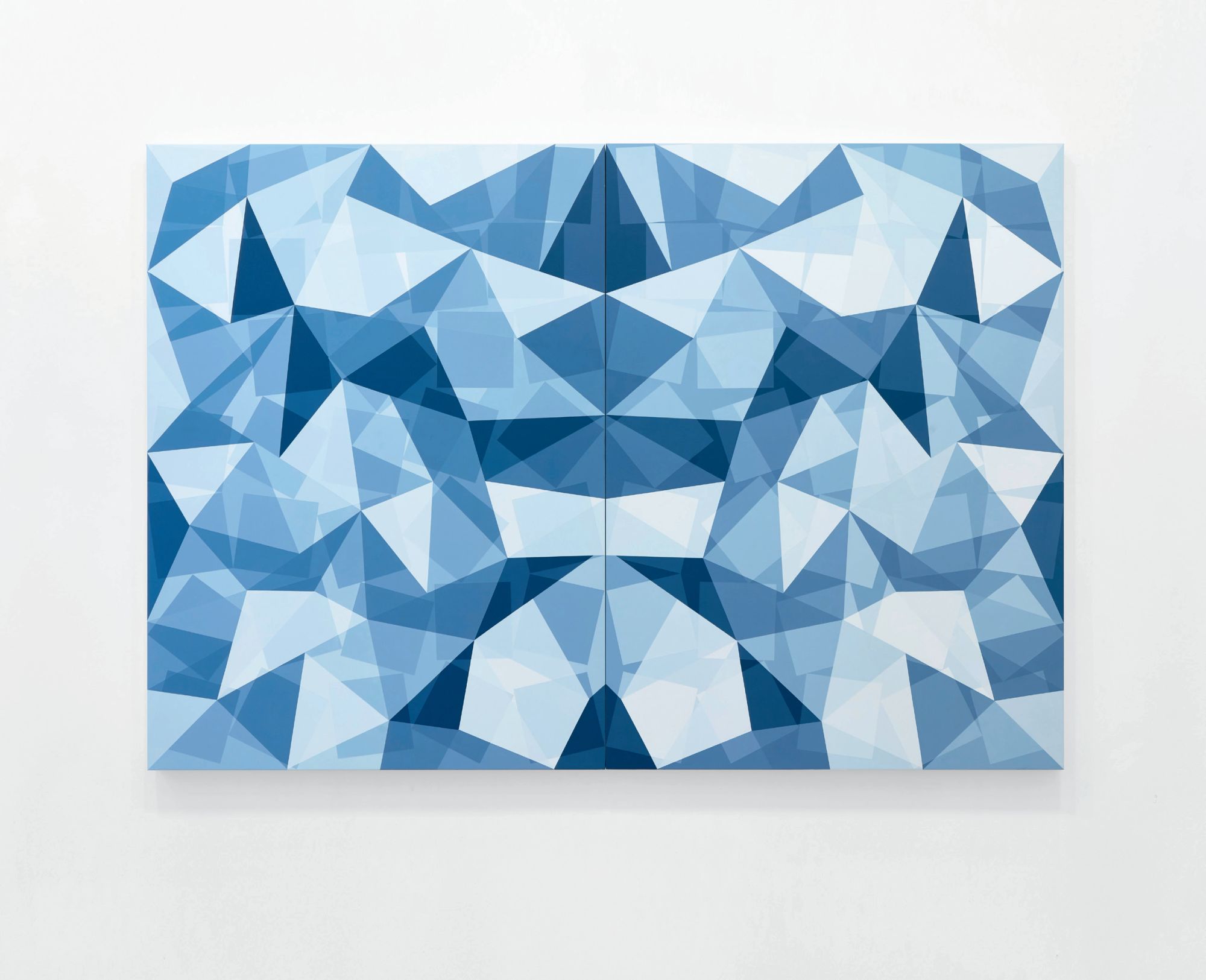