He completed his studies between 1949 and 1954 at the Hungarian Academy of Fine Arts, where his tutors were Zsigmond Kisfaludi Strobl, Iván Szabó and András Beck. His figural sculptures are characterised by a dynamic expressiveness, an exceptional feel for proportions and use of materials. In the 1960s he started exploring the possibilities of sheet metal sculpture. In 1963 he participated in the Young Artists’ Biennial in Paris, and in 1964 the Venice Biennale. He was profoundly influenced by his encounters with contemporary Western European movements, and this was when he made his first welded sculpture. Besides his mostly chrome steel work, in the 1970s plexiglass also started to feature in his works. He became department at the College of Arts and Crafts in 1976, and between 1987 and 1997 he was associate professor of the Department of Sculpture at the Hungarian Academy of Fine Arts. He won a Munkácsy Award in 1958 and 1964 and was named Artist of Merit in 1973 and Artist of Excellence in 1986. 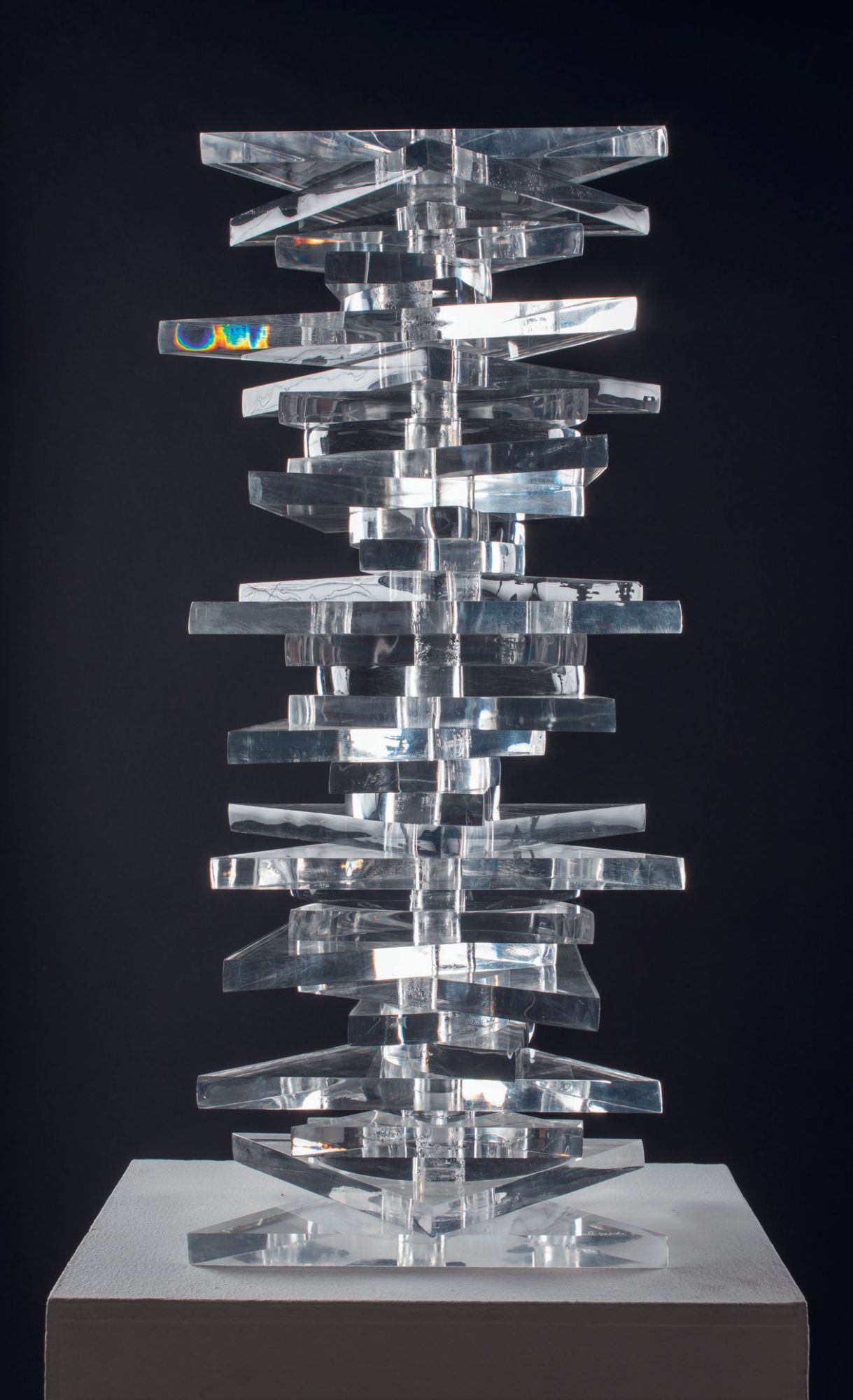