She graduated in 1995 with a degree in Sculpture from the Hungarian Academy of Fine Arts, where her tutors were József Somogyi and György Jovánovics. She makes small sculptures from bronze, often combing the structures with live foliage and moss. Between 1994 and 1997 she received a Derkovits Scholarship. In 1995 she won the Association of Hungarian Creative Artists Award at the 14th National Small Sculpture Biennial. In 2003 she received a Munkácsy Award. Her public statues can be found at locations all around the country. Collections that feature her works include the Janus Pannonius Museum in Pécs, Saint Stephen’s Museum in Székesfehérvár and the Hungarian National Gallery. She lives in Budapest. 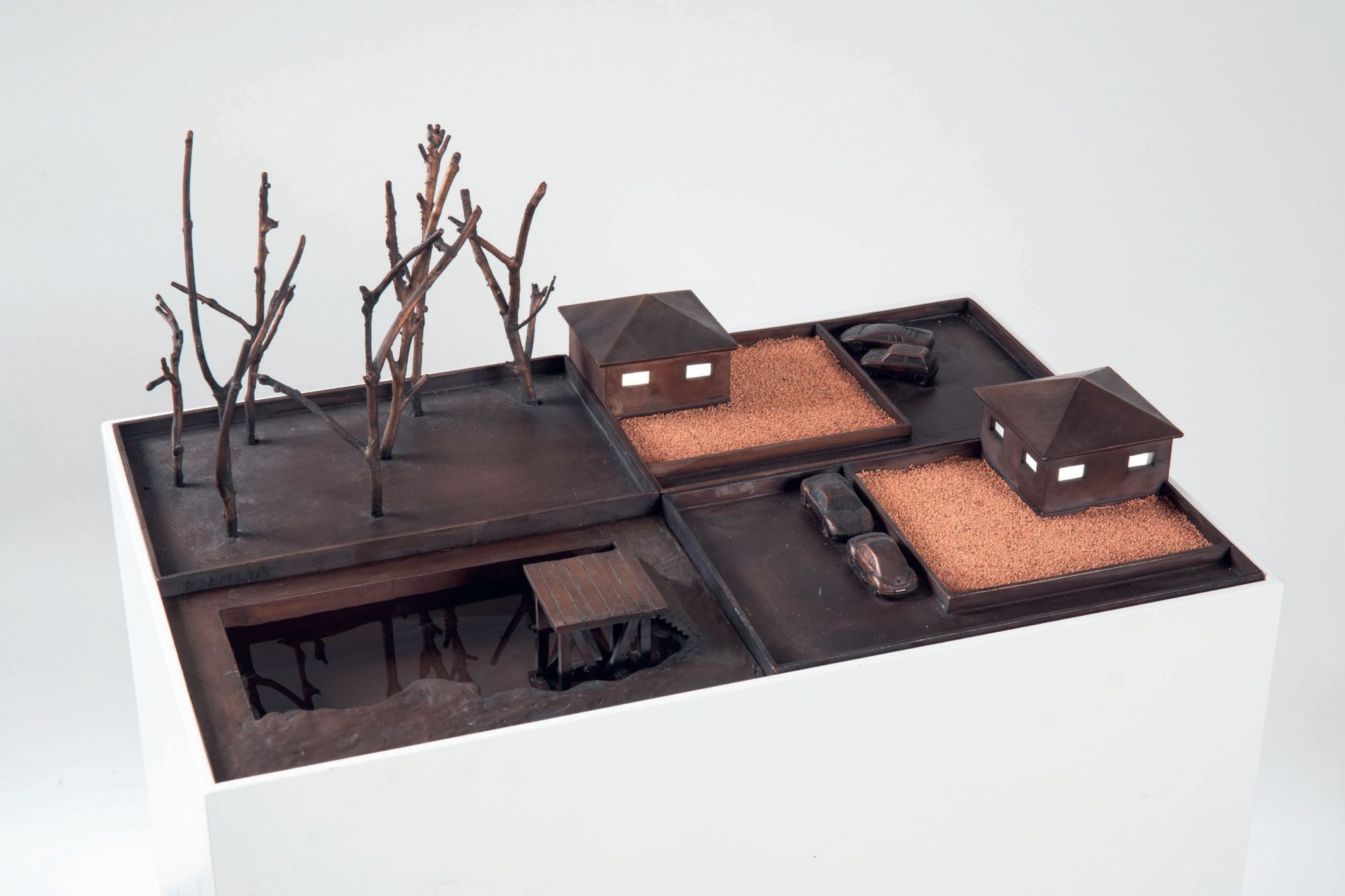