He started his career as a self-taught artist in Eger and Mezőkövesd. In 1976 he joined the studio of Lajos Vajda in Szentendre. The change of scenery transformed his attitude towards art, and ever since then he has been sending “visual reports” on rural Hungary, expressed in virtually every medium from painting through installations and videography. His first breakthrough exhibition was held in Young Artists’ Association’s gallery in 1978. In 1980 his works were displayed in the Centre Pompidou in Paris, and in 1988 and 1999 he exhibited at the Venice Biennale. In 1981 he received a Derkovits Scholarship and in 1989 a Munkácsy Award, and in 1997 he was awarded the title of Artist of Merit. His work has featured in countless exhibitions abroad. In 1998 he moved back home, to Mezőszemere. In 2007 he graduated from the University of Pécs, and habilitated at the Moholy-Nagy University of Art and Design. Retrospective exhibitions of his work were held in 2007 at the MODEM in Debrecen, in 2012 at Kunsthalle Budapest, and in 2019 at the Kieselbach Gallery.

My Father’s Romanticism for Sale 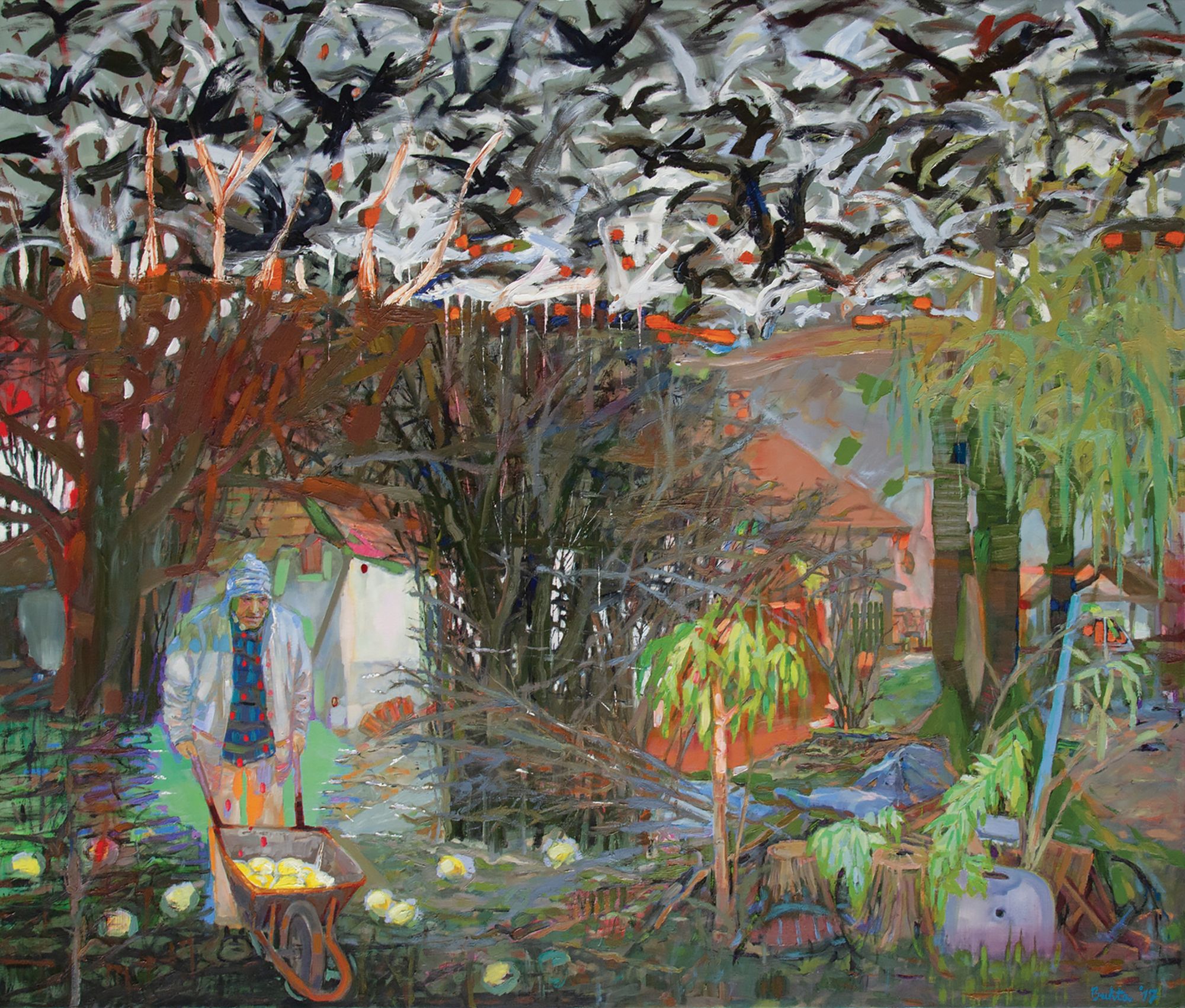