He graduated in graphic art from the Hungarian Academy of Fine Arts in 1996. His masters were Alajos Eszik and Imre Kocsis. Since then he has been continuously working in the genres of painting and graphic art. He completed the doctoral school of the Hungarian University of Fine Arts from 1996 to 1998. He won the scholarship of the Hungarian Academy in Rome in 1996 and has been awarded the Barcsay Prize several times. His most recent large-scale exhibition was organised in the Karinthy Salon in Budapest in 2019.

Stadium (The Future of Atlantis series) 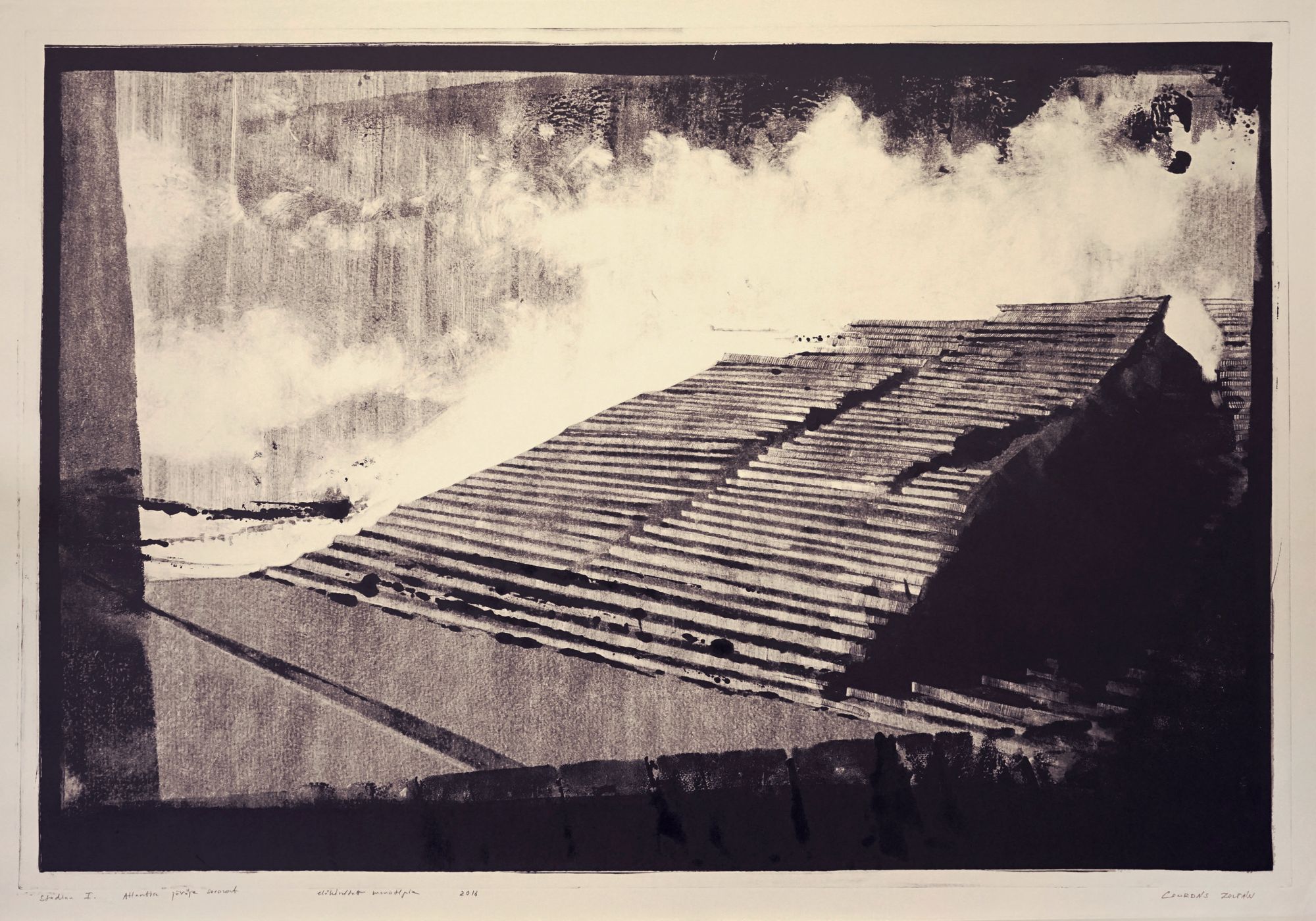