A self-taught artist who also works with music, literature and film. After secondary school he studied photography, and then worked as a studio and press photographer. He was one of the founders of the Lajos Vajda Studio in Szentendre in 1972. Between 1979 and 1986 he was singer and lyricist for the band A. E. Bizottság, while in 1983 he formed the ad-hoc ensemble Inkaszámtan. Between 1986 and 1992 he worked with the Új Modern Akrobatika (New Modern Acrobatics) performance band. During his years in Kecskemét the painting of Menyhért Tóth was an important influence. He has exhibited his works since 1968, and his public sculpture entitled Merry Totem is on display in Szentendre. In 1997 he moved to Sárospatak. He has acted in numerous films, released records and published books. Major awards: Munkácsy Award (1990), Gyula Hincz Commemorative Award (1991), Award for Alternative Culture (2007), Klára Herczeg Award (2009), Knight’s Cross of the Hungarian Order of Merit (2014). His works feature in the larger Hungarian public and private collections.

The Soul is not a Mirror 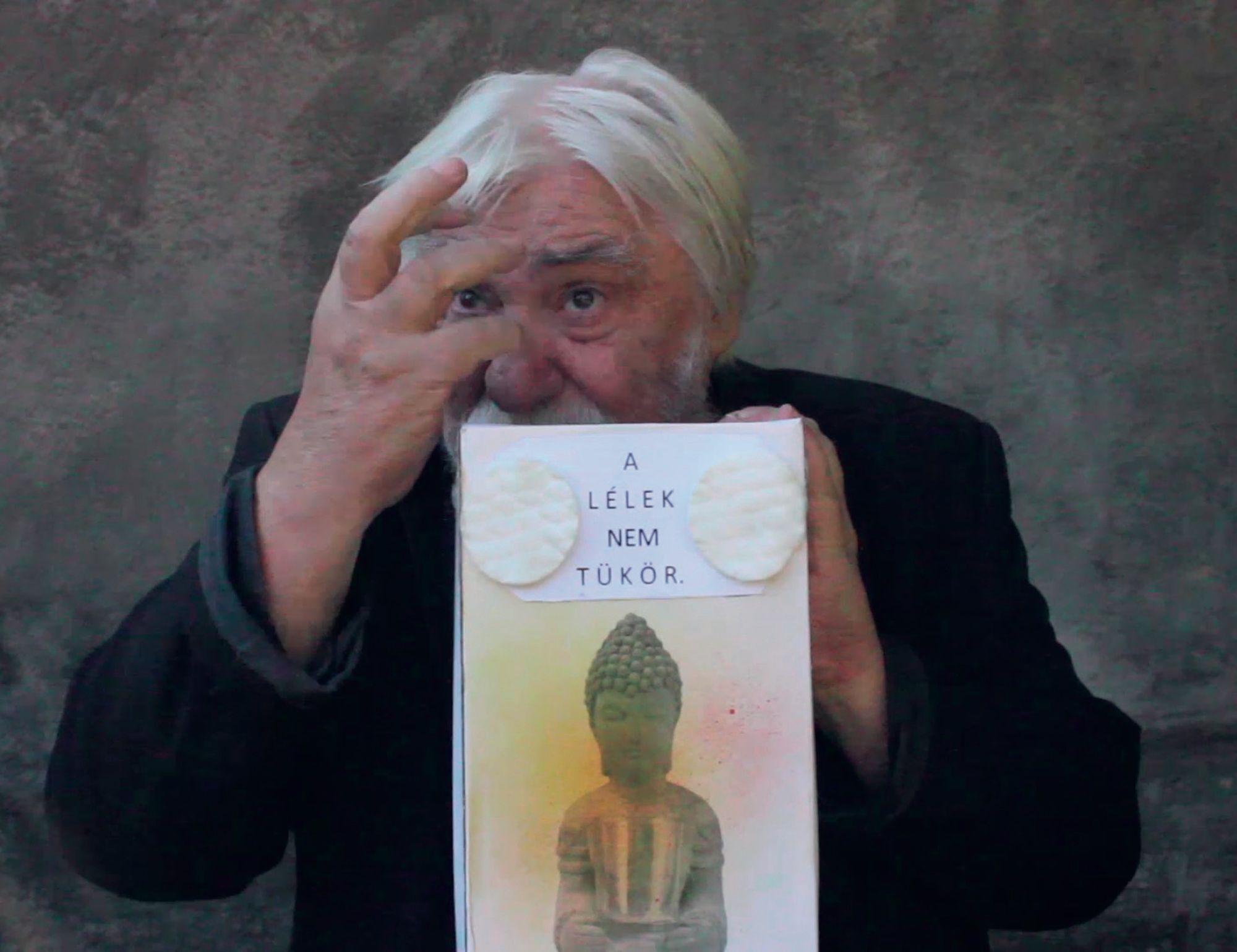