He graduated in 2013 with a degree in painting from the Hungarian University of Fine Arts, where his tutor was József Gaál. He has featured in group exhibitions since 2010 and his first solo exhibition opened in 2006. He is a member of the Sensa-ria Group. The themes for his pictures are taken from science fiction films. His self-reflective style of painting examines the legitimacy of his own existence from a posthuman perspective, where what he creates is every bit as definitive as his own ‘createdness’. From a present that used to be depicted as the future in literature and films. 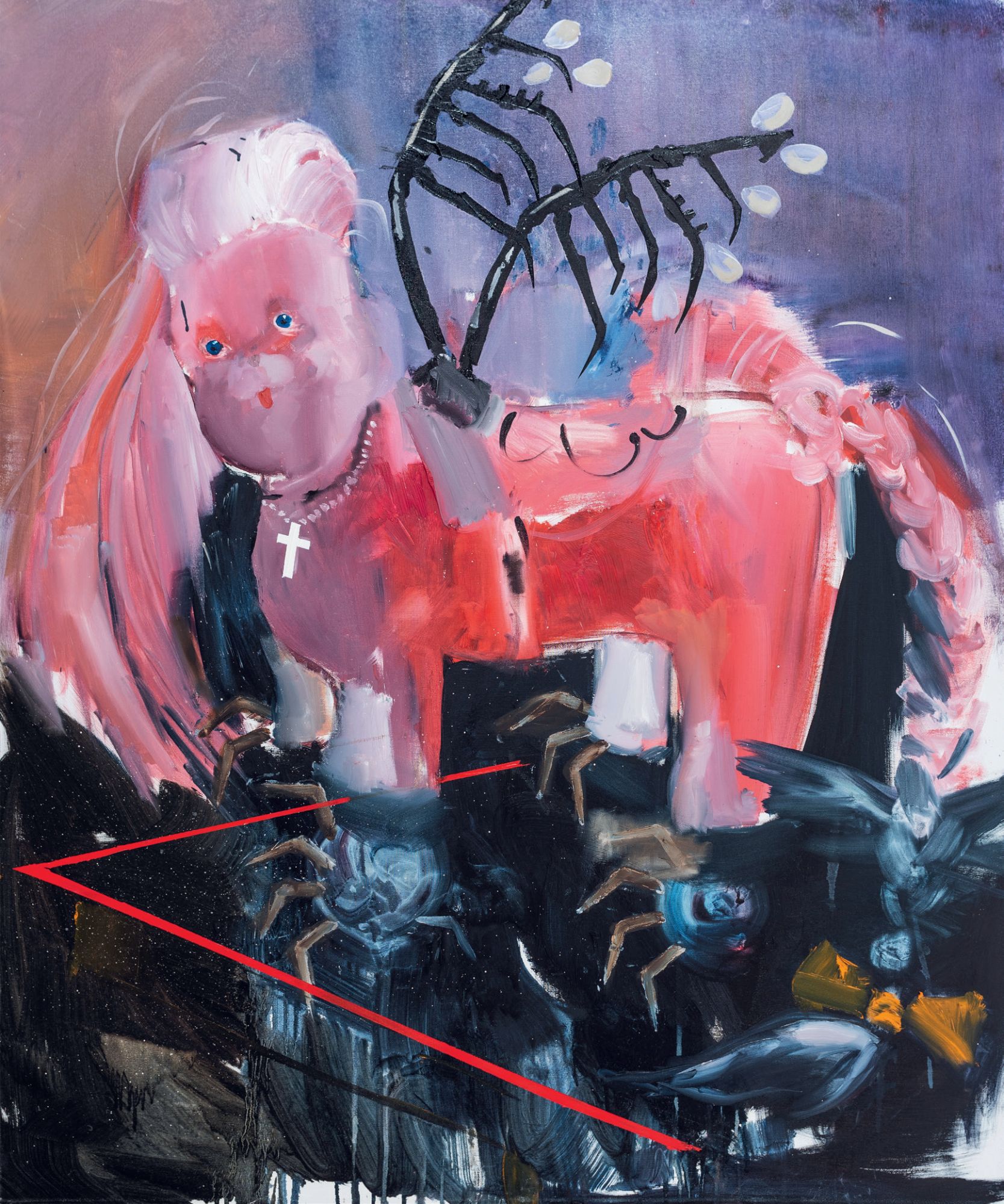