He graduated in painting from the Hungarian Academy of Fine Arts in 1975. His master was Lajos Sváby. He has regularly had solo and group exhibitions in Hungary and abroad since 1983. He won the award of the Studio of Young Artists’ Association in 1986 and 1988, the Szőnyi scholarship for the period of 1988–1990, the scholarship awarded by the City of Salzburg in 1992 and by Land Salzburg in 1996. He received the Munkácsy Award in 2004 and the Hungart scholarship in 2010 and he was nominated for the Leopold Bloom Award in 2015. His works can be found in the Ferenczy Museum in Szentendre, the István Széchenyi Memorial Museum in Nagycenk, the Ignác Tragor Museum in Vác, the Károly László Collection in Veszprém and Basel, as well as in the collections of Graphisoft Park, Budapest Bank, Raiffeisen Bank and many other private collections in Hungary and abroad.

Spring by the Lake 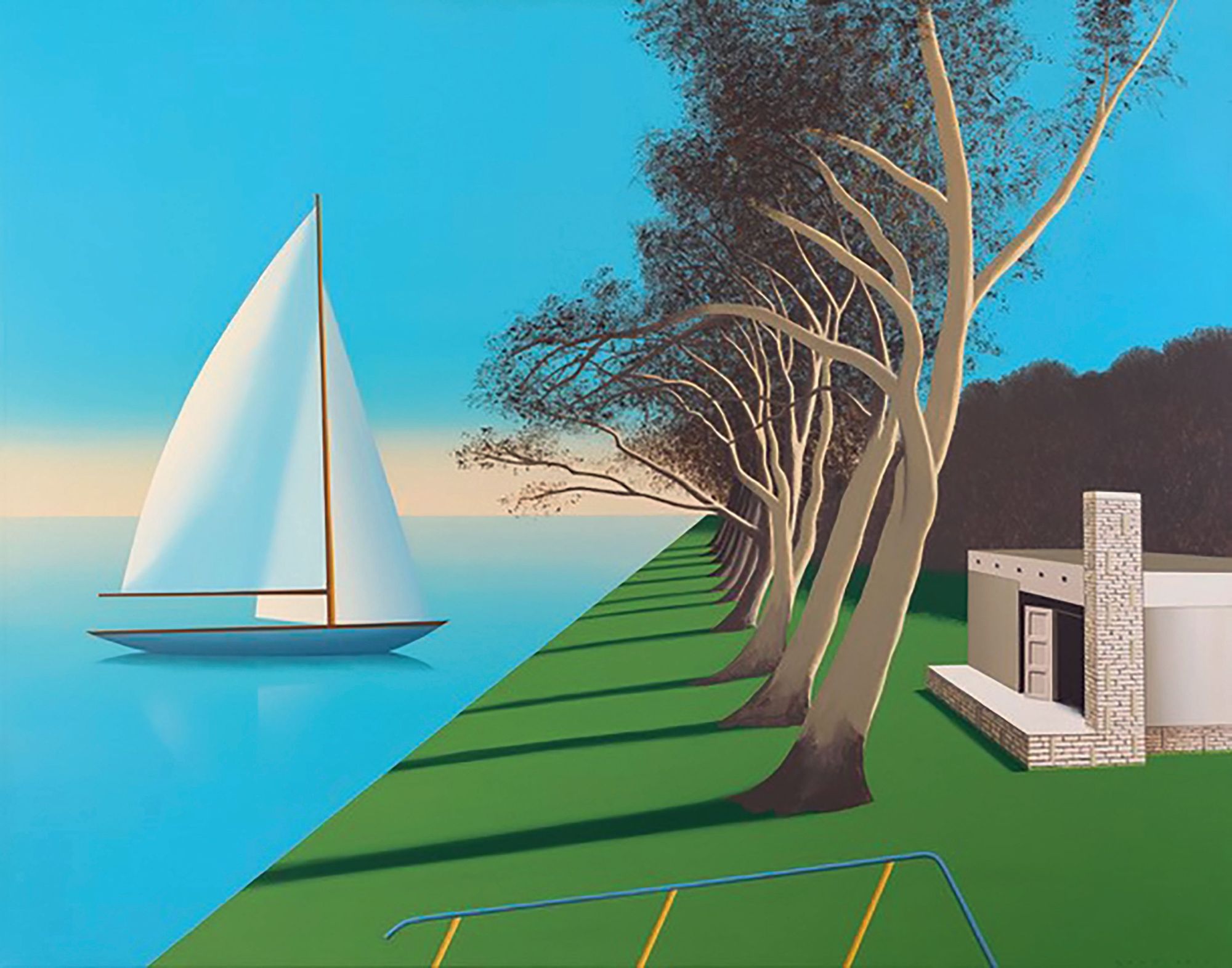