He graduated in commercial graphic design from the Hungarian Academy of Applied Arts in 1977. He started making fine art works in 1978. He takes an interest in the Lowbrow movement but fundamentally regards himself a pop-surrealist artist. Besides Budapest, he has worked in New York, Brussels and London. In addition to his solo exhibitions, he has participated in many group shows in Hungary, the USA, Belgium, the Czech Republic, the United Kingdom, Spain and Switzerland. He received the Munkácsy Award in 2009. His works can be found in Hungarian public collections, while a large part of his oeuvre enriches private collections in Australia, the USA, Switzerland, Austria and Hungary. His art has been a focus of many publications since 1994, written by recognised experts not only in Hungary but also in Switzerland, Spain and the USA; Juxtapoz, an online arts magazine in the USA, published an extensive essay on his art. He had a solo exhibition in 2016 at Kunsthalle Budapest. 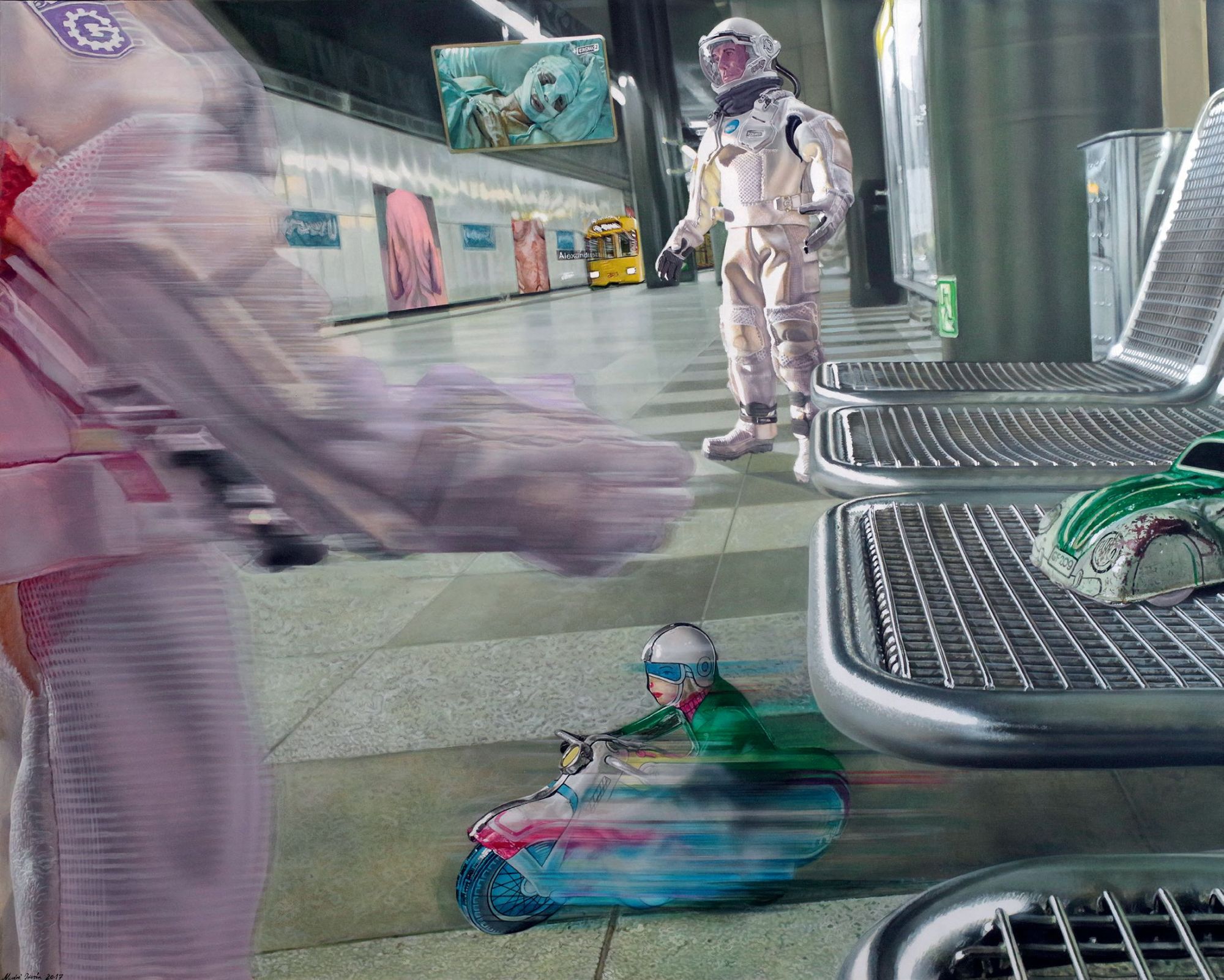