After graduating from the Faculty of Law at ELTE University (1981), he studied page design, was a film critic, designer and editor, and pursued his studies in graphics and painting in Vienna and Budapest (1987-1992). He regards Sándor Molnár and Tibor Csernus as his mentors. He is also active as an art writer. His figurative painting balances between reality and abstraction. In 2015 he won a Munkácsy Award. He had solo exhibitions in 2009 at the Ráday Gallery in Budapest, in 2010 at the Budapest Forrás Gallery and at the Church Gallery in Eger, and in 2015 at the Budapest Gallery. In 2019 he had a retrospective exhibition at Kunsthalle Budapest. He has been a corresponding member of the Hungarian Academy of Arts since 2015, and became a full member in 2019.

Man With a Suitcase 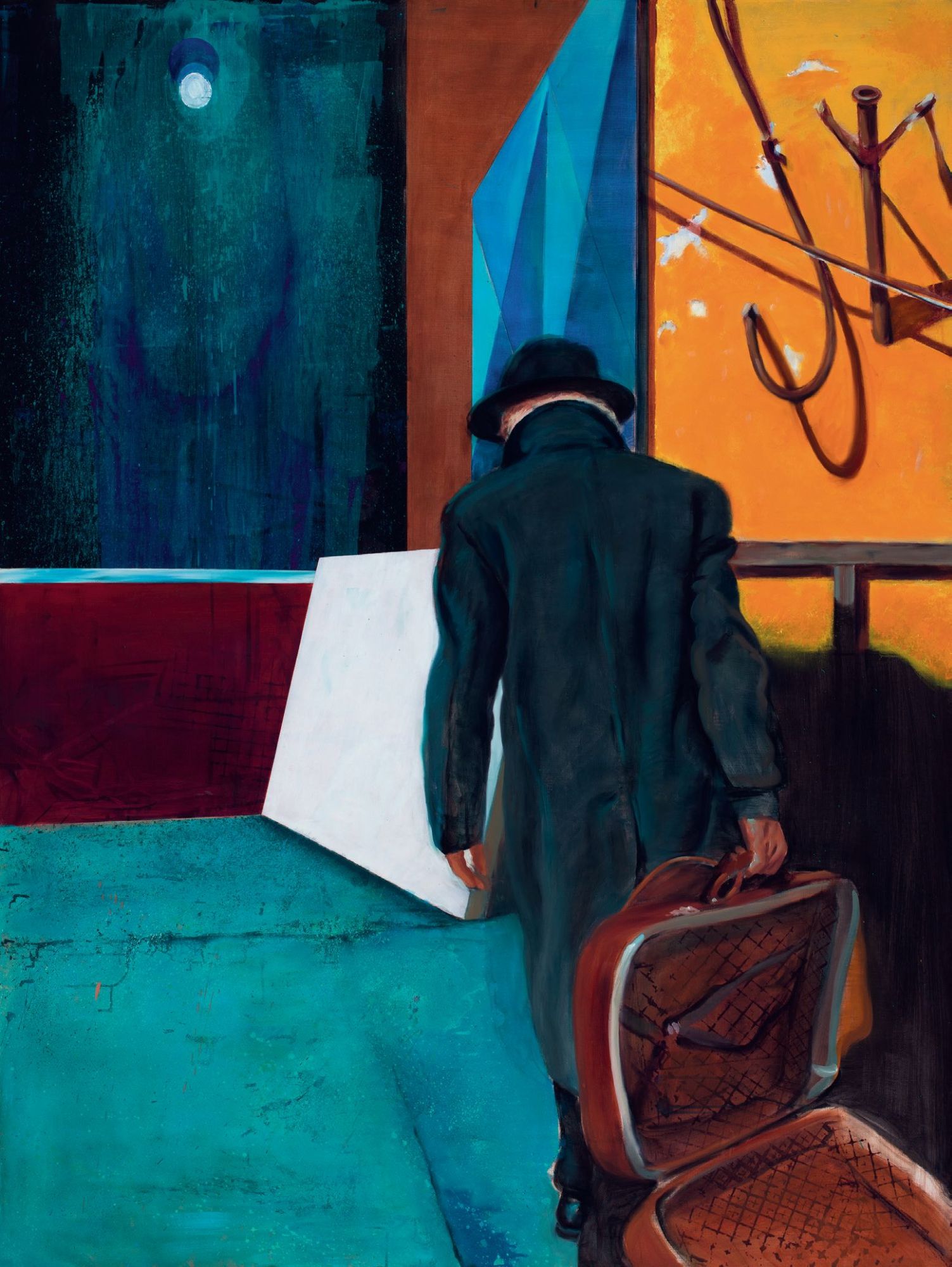