He has been involved with painting, music, literature and film since 1965. Between 1969 and 1979 he was one of the organisers of the outdoor exhibitions in Szentendre. He was one of the founding members of the Lajos Vajda Studio and legendary Hungarian alternative rock band A.E. Bizottság, and following its breakup he established various other group (ef Zámbó Happy Dead Band,Új Modern Akrobatika). He has exhibited since 1978, and his works feature in private and public collections in Hungary and abroad (Hungarian National Gallery, Ludwig Collection in Aachen, Ferenczy Museum, Nuremberg Stadtmuseum). In 2000 he received the Artist of Merit of the Republic of Hungary Award.

Hammer with Snake in Paradise 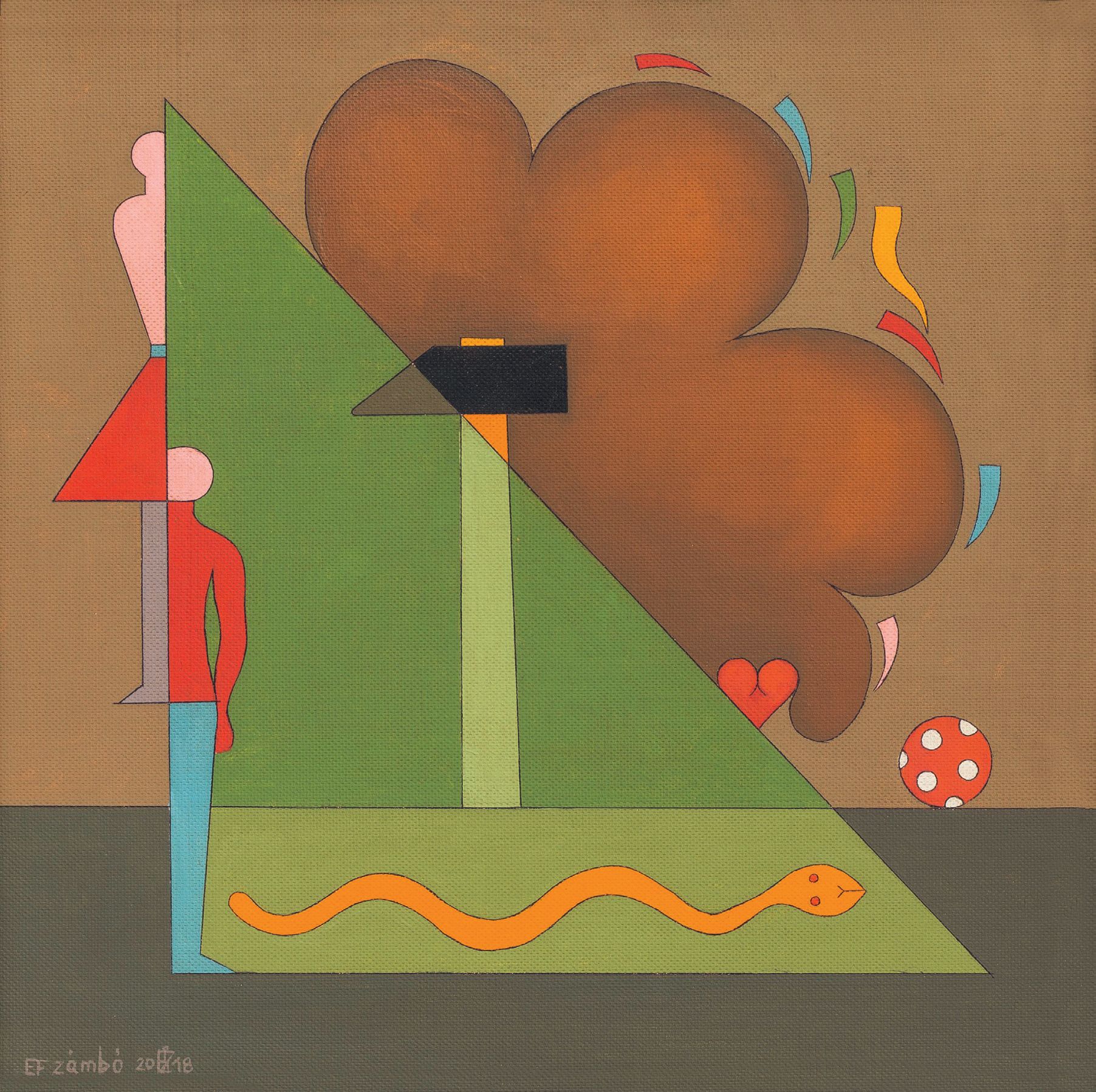