He was a caretaker and chief caretaker of predators at the Budapest Zoo and Botanical Garden from 1967 to 1975. He has been exhibiting his art since 1969 and has had 61 solo shows in Hungary and abroad. He has published numerous writings – articles, essays, fine art, photography and film reviews as well as studies on cultural history and art theory – since 1978 and has held many exhibition openings and lectures on a range of subjects. He led fine art circles and creative workshops between 1979 and 1993, while also holding art therapy sessions and creative workshops in mental institutions and family help centres. He was a teacher at the GYIK Workshop from 1982 to 1988 and its manager until 1993. Besides being a fine artist, he made two films and he worked in numerous TV programmes on art. He has been a member of the Hungarian Academy of Arts since 2004 and is currently also a board member. Important recognitions: Knight’s Cross of the Order of Merit of the Republic of Hungary (1997), Munkácsy Award (2001), For Hungarian Art Award (2014), Meritorious Artist (2015). He had a solo exhibition in 2016 at Kunsthalle Budapest. 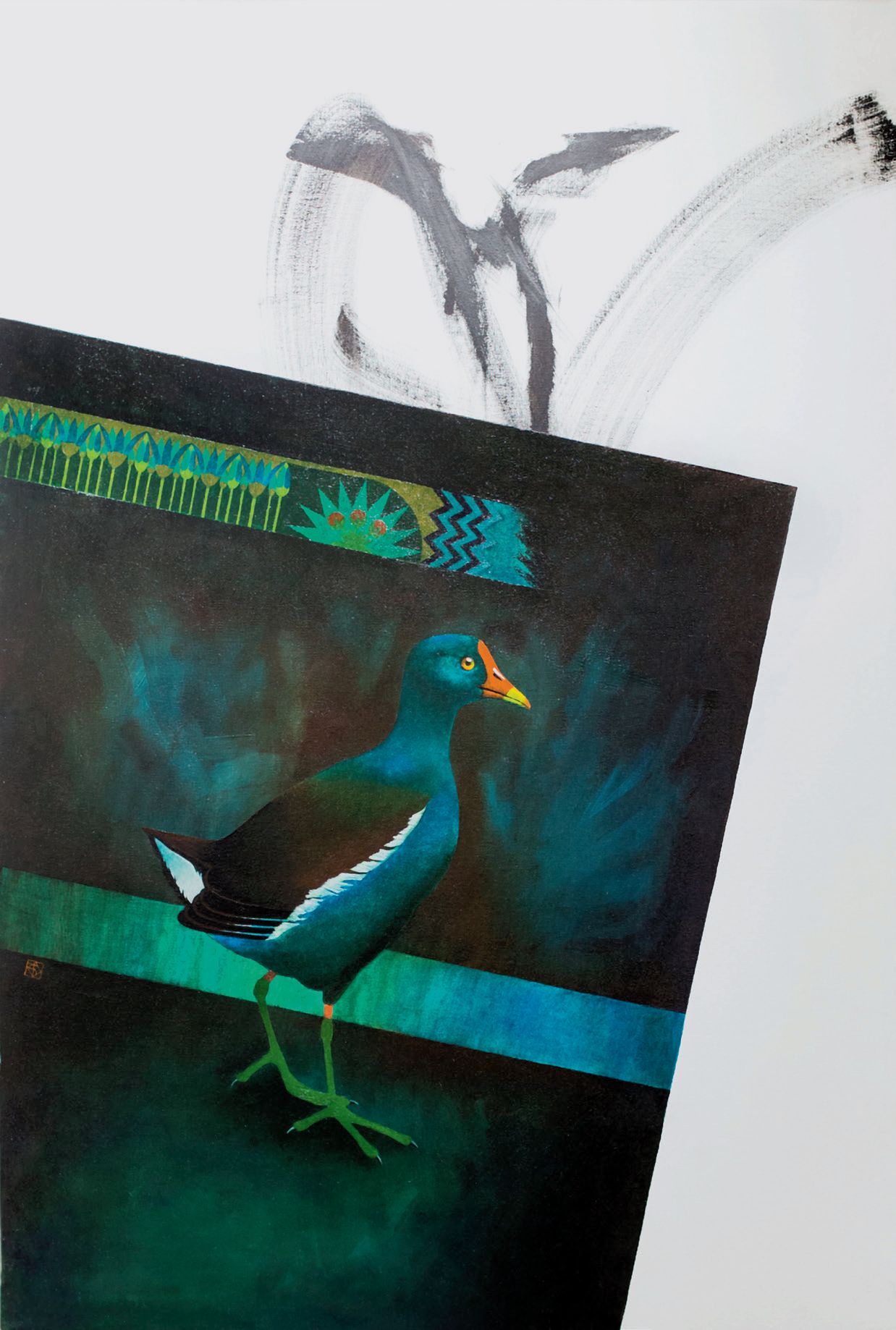