He completed his painting studies at the Hungarian University of Fine Arts in1998–2003. His master was Árpád Szabados. He defended his degree project while wearing medieval armour, which was the actual degree project itself. His art is not limited to painting; he makes objects and sculptures too, using a wide range of materials. He also repaints tapestries he buys or finds, which is an innovative technique linked to his name. The pillars of his art are absurd humour and ambivalence. He is a “fundamental member of the Budapest horror scene” and the father of “horrorococo”. He has had numerous solo and group exhibitions in Hungary, Germany and France. He won the Esterházy Art Award in 2011. His works can be found in the collections of Irokéz and the First Hungarian Visual Repository. 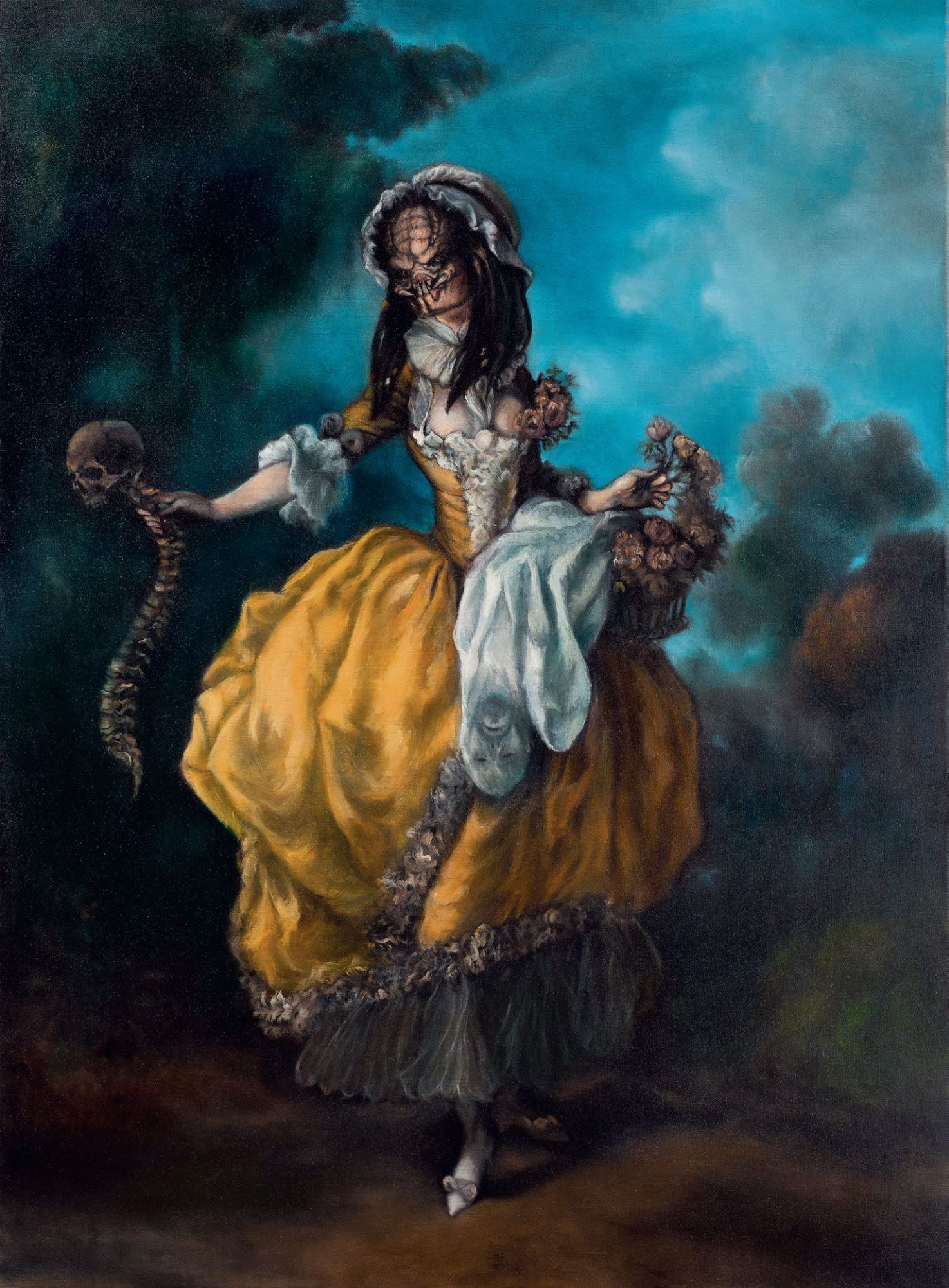