He was born to a Gagauz family that had emigrated from Greece. He is a self-taught fine artist and musician. His bands active since the early 1970s – Kolinda, Gépfolklór [Machine Folklore], Barbaro and Balkan Fanatik – have been combining Hungarian and Balkan folk music with rock, funk and techno elements, and compose electronic folk music to Hungarian poems. His masters in fine art were Gábor Nagy and Tamás Kárpáti. He has been living in Szentendre since 1990 and is a well-known figure in the town’s cultural scene. He uses a layer on layer montage technique in his fine art works, which incorporate characteristic motifs of Szentendre as well as Classical and contemporary Greek ornamentation. He had a solo exhibition in 2016 at Kunsthalle Budapest. 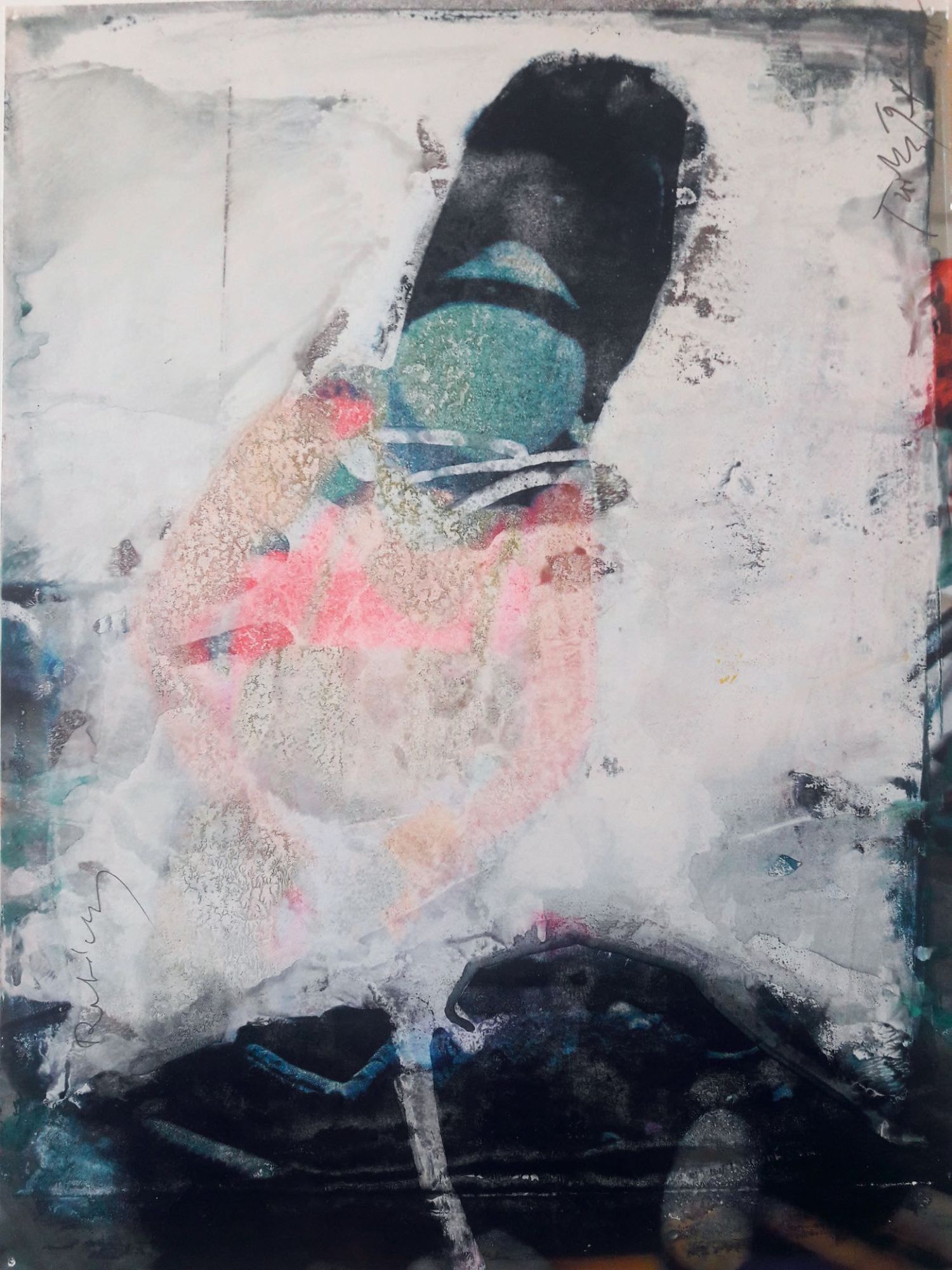