She graduated from Zoltán Karmó’s class at the Hungarian University of Fine Arts in 2014. She went to Milan as an Erasmus scholarship holder in 2012. She has been making papier-mâché and terra-cotta shell sculptures polished into a marble-like finish since 2015. She had exhibitions in Hungary and abroad with support from the National Cultural Fund in 2018 and she has had regular shows as a scholarship holder of the Hungarian Academy of Arts since 2019. She took part in the Hungarian National Gallery’s Living Collection series and had a solo exhibition in the Palota (Palace) Gallery in Budapest. Her first open-air sculpture was unveiled in Telki in 2013. 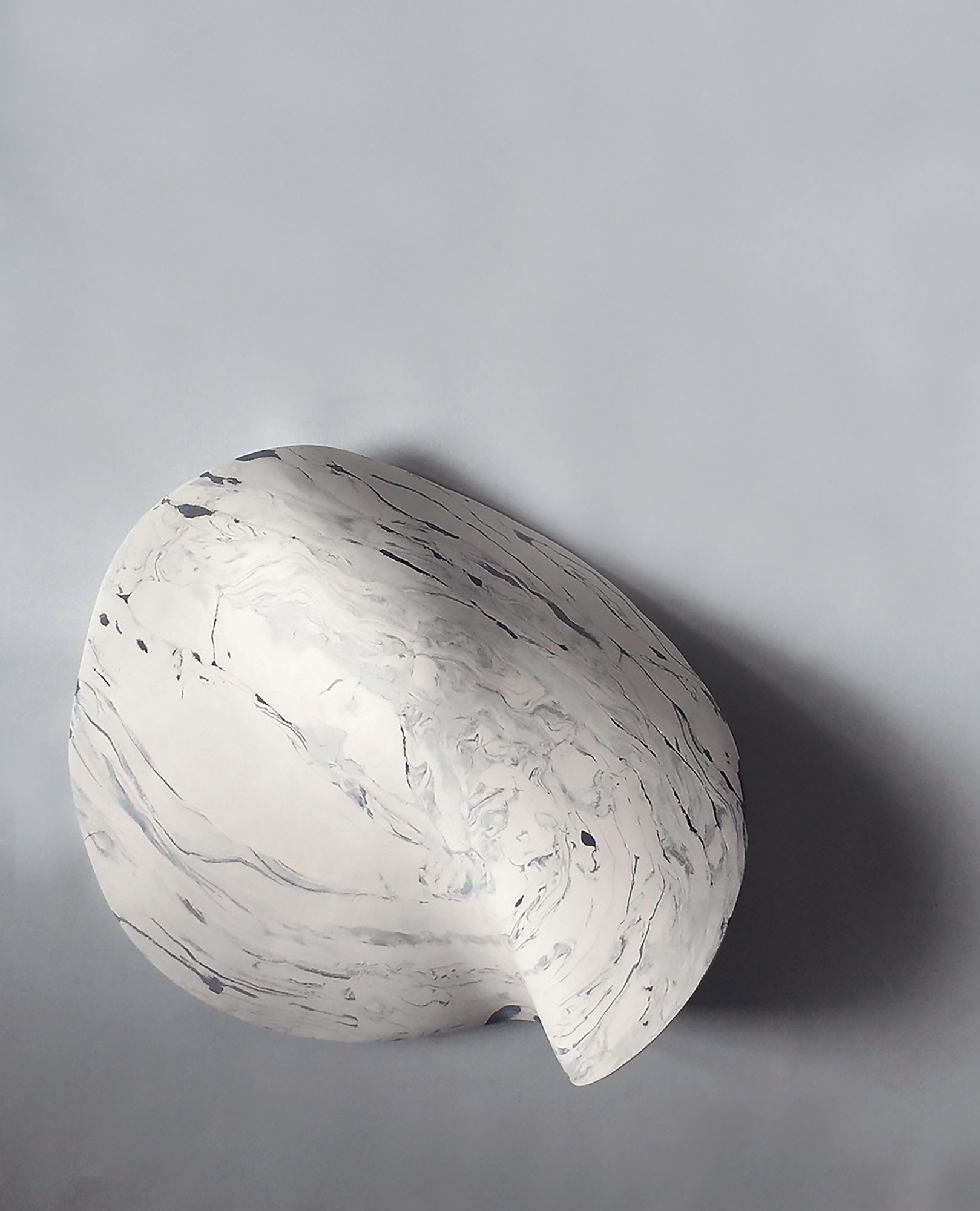