She graduated in 1994 with a degree in Graphic Art from the Hungarian University of Fine Arts, and then completed her Master’s degree at the same institution between 1994 and 1996. In 1996 she also earned a degree in Art History and Teaching. Between 2016 and 2020 she studied at the Doctorate School of the University of Pécs. Her works have featured in solo and group exhibitions, both at home and abroad, since 1991. Major awards: Barcsay Award (1992), Prohászka Award (1993), Derkovits Scholarship (2000–2003), Munkácsy Award (2014). With scholarships she has created her art in Rome, Paris, Basel and California. In 2016 she won the Award of the Hungarian Foundation for Graphic Art at the 3rd National Drawing Triennial. She has participated in the work of several international art colonies. Collections featuring her works include the Ernst Beyeler Collection in Basel, the KOGART collection and the Luciano Benetton Foundation’s Imago Mundi collection.

2018
installation (acrylic paint on canvas, table, beans, text, paper, watercolour, pencil)
kb. | approx. 300 × 250 cm
Go is a more than 4000-year-old game originating from China. It is played with black and white discs, called stones, and is called the game of life and death. Seki is a strategic moment in the game, which is translated into English as ‘mutual life’. It’s a kind of symbiosis, a stalemate in which neither of the two live groups can win, neither can continue without dying and neither can kill the other, therefore they share liberties.

Shadow, as the opposite of light, has a culturally negative connotation. However, there is no light without shadow, just like there is no body without shadow, since it is through shadows – self-shadow and cast-shadow – that the bodily quality of an object can be perceived. The opposites in our life not only complement each other, but their values are often interchanged: they question and supplement each other at the same time. Beautiful and ugly, good and bad, and a virtually infinite number of other juxtapositions exist, whose values are determined by our judgement. This evaluation can be modified at any moment and at a mere ‘glance’, thus a given judgement can be rendered meaningless at any point. 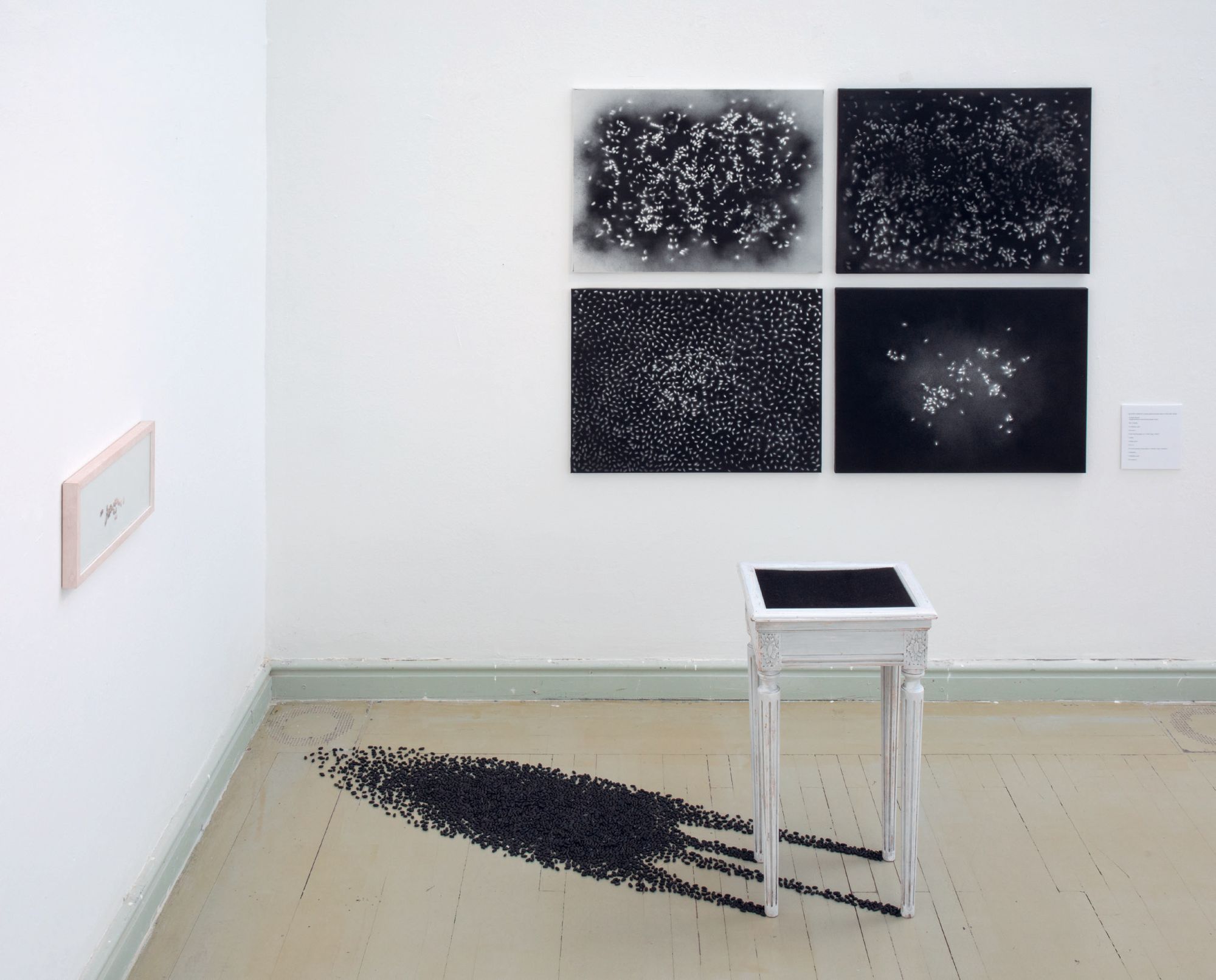