He graduated in 2001 with a major in painting from the Hungarian Universityof Arts, where his tutor was Árpád Szabados. Between 1997 and 2011 he was a co-founder and organiser of the Élesd Art Colony. In 2006 he was a founding member, and to this day a manager of the Budapest Art Factory. He has had numerous solo exhibitions in Hungary and abroad, and he is a regular participant in group exhibitions. In 2004 he won the Strabag Award for Painting, and in 2005 a Barcsay Award. In 2006 he received a scholarship from the Hungarian Academy in Rome, in 2007 a Derkovits Scholarship, and in 2008 the Lisbon Scholarship of the Municipality of Budapest. He has also been awarded an Art Scholarship by the Hungarian Academy of Arts for the 2018-2021 period. His works feature in several international and Hungarian contemporary collections. 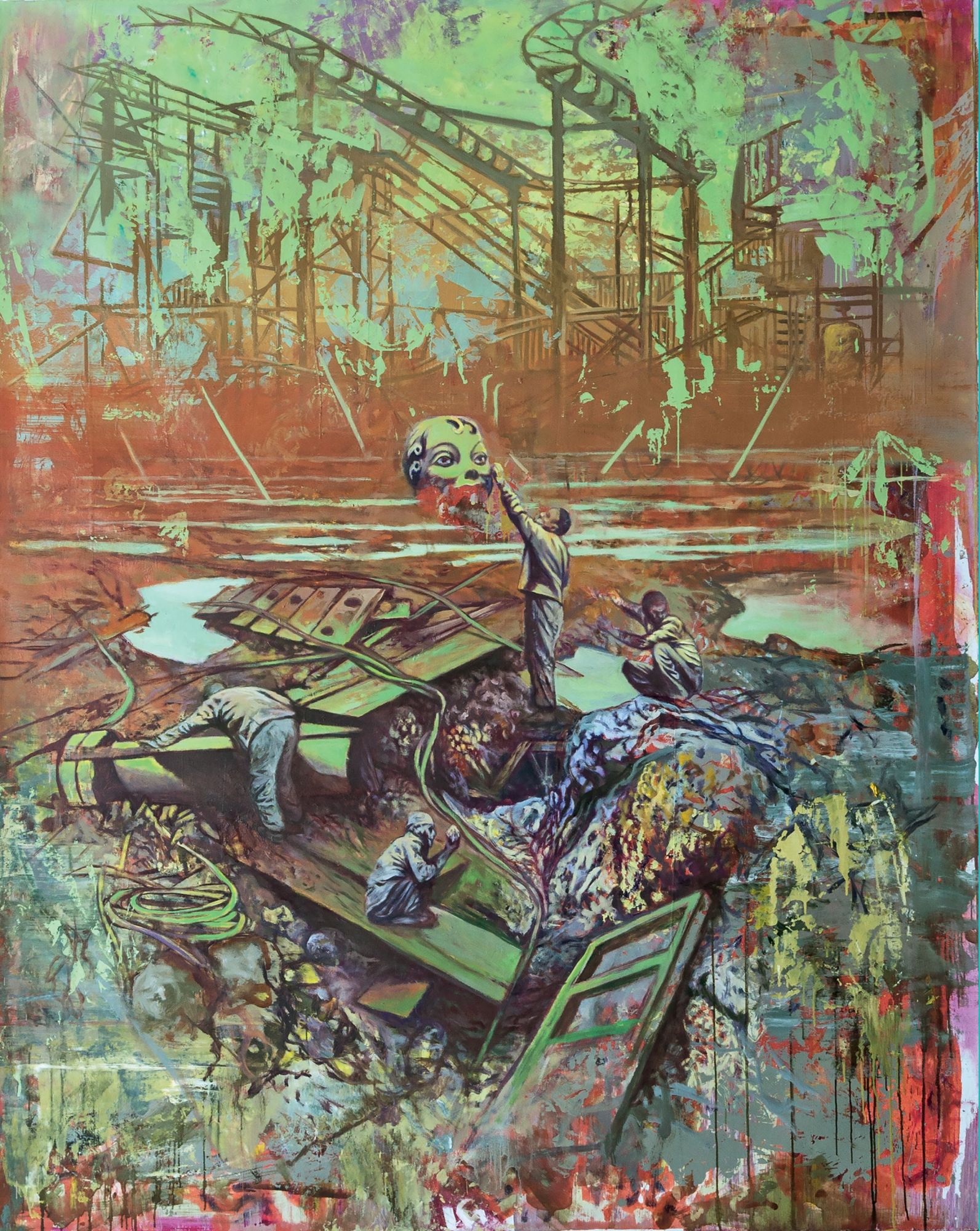