He earned his degree in Mathematics and Art in 1972 from Eger Teacher Training College, where his tutors were János Blaskó, János Seres and Ernő Nagy. After graduating from college, he returned to teach art in the village of his birth, where he has lived and worked ever since. From 1995 until his retirement in 2009 he taught at the Károly Eszterházy Teacher Training College in Eger. He has been a member of the Hungarian Academy of Arts since 1994. Awards: Derkovits Scholarship (1978), Munkácsy Award (1987), Gold Cross of Merit of the Republic of Hungary (1998), Artist of Merit of the Republic of Hungary (2001), Kossuth Award (2007), Prima Primissima Award (2009). His works have been displayed in solo exhibitions in Hódmezővásárhely in 2014, and at Kunsthalle Budapest in 2018/2019.

The Birdman’s Son Playing with a Hoo 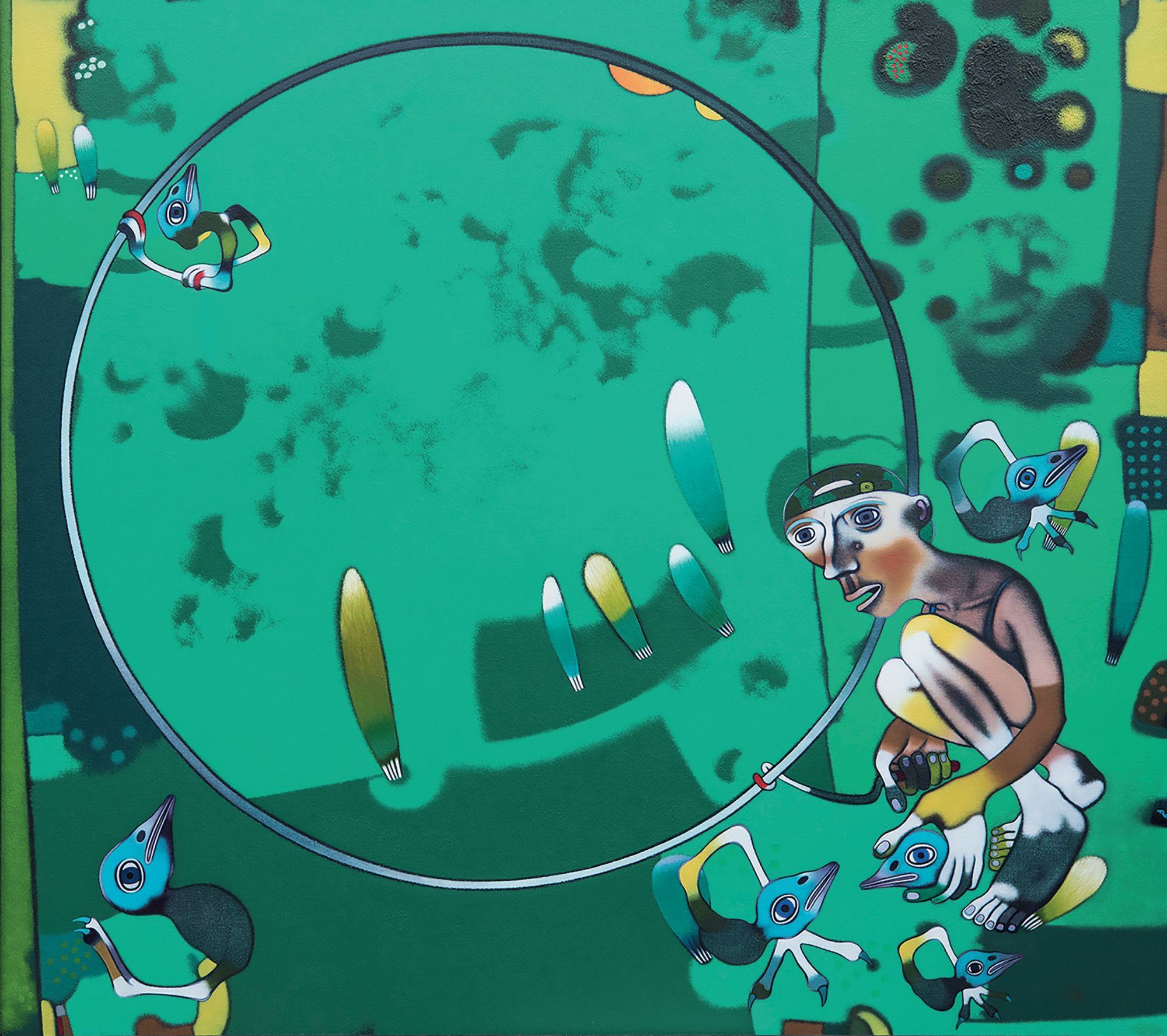