Between 1970 and 1974 he studied painting at the Institutul de Arte Plastice Nicolae Grigorescu in Bucharest, then earned his Master’s degree in 1975 at the same institution. In 1982 he moved to Budapest, and between then and now he has taken part in numerous solo and group exhibitions in Europe, Asia and North America. In 2002 he participated in Budapest Gallery’s Lisbon artist exchange programme, and in 2008 he was awarded a scholarship by Cité des Arts in Paris. Major awards: Derkovits Scholarship (1984– 1986), Munkácsy Award (1999), Liszt Commemorative Medal (2011), Contemporary Award (2014), MAC Exhibition of the Year Award (Lisbon, 2016). A full member of the Hungarian Academy of Arts since 2011, his works feature in many Hungarian and international collections. He had a solo exhibition in 2016 at Kunsthalle Budapest. 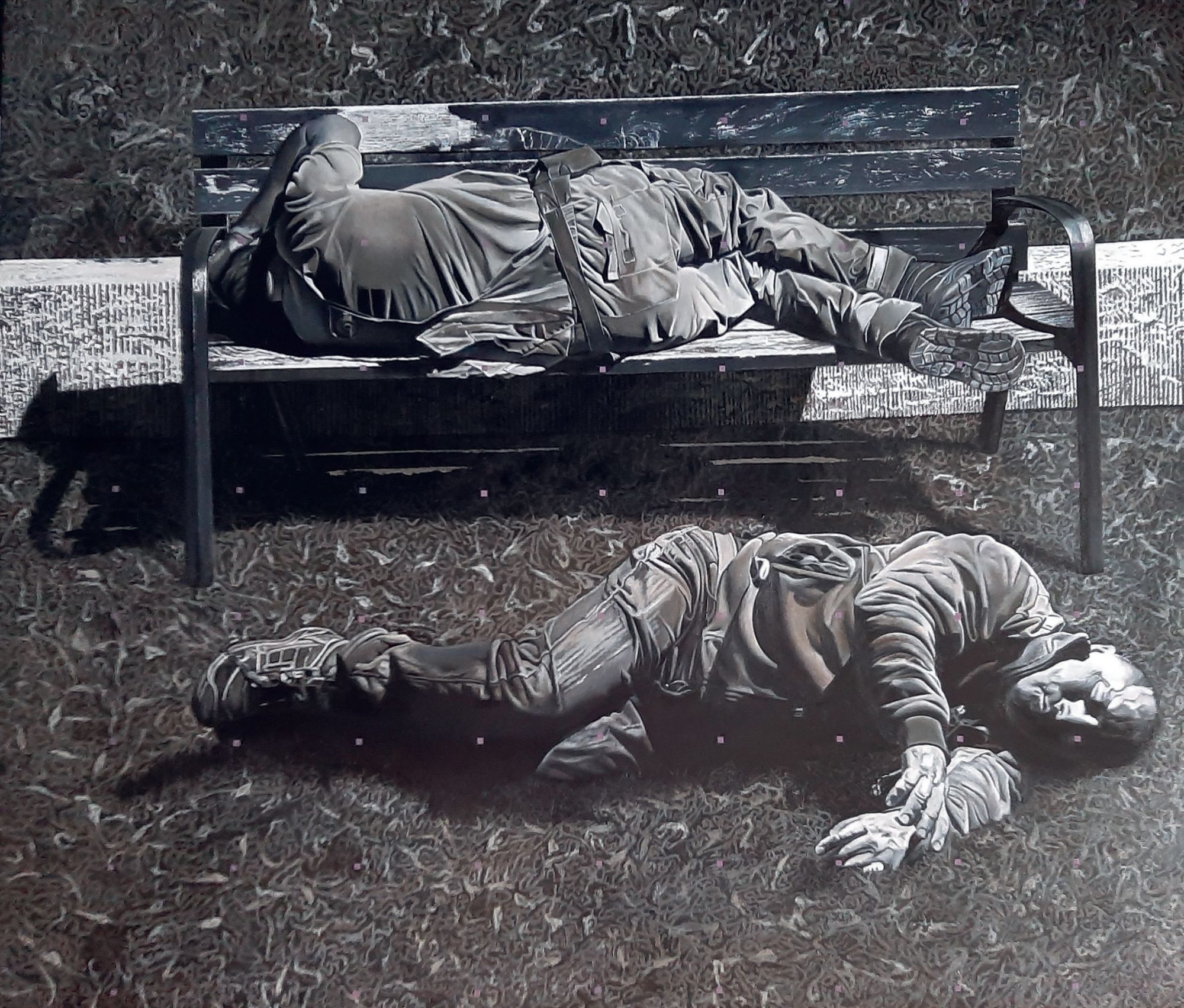