Keeping the Faith | The 2nd National Salon of Fine Arts 2020 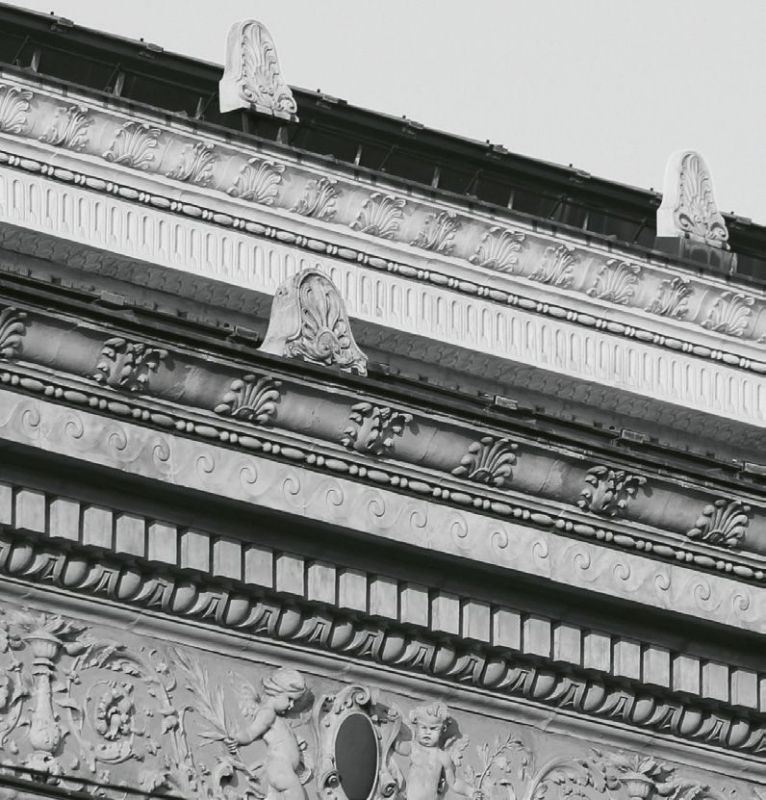 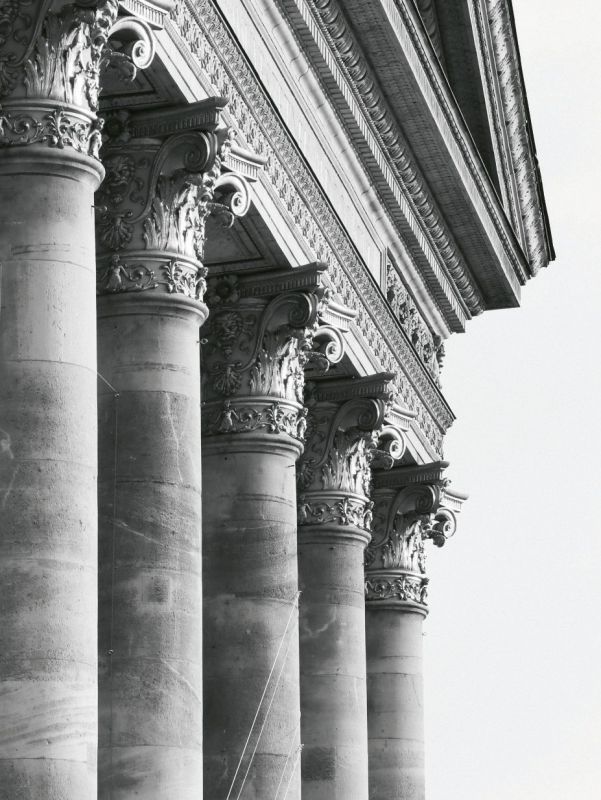 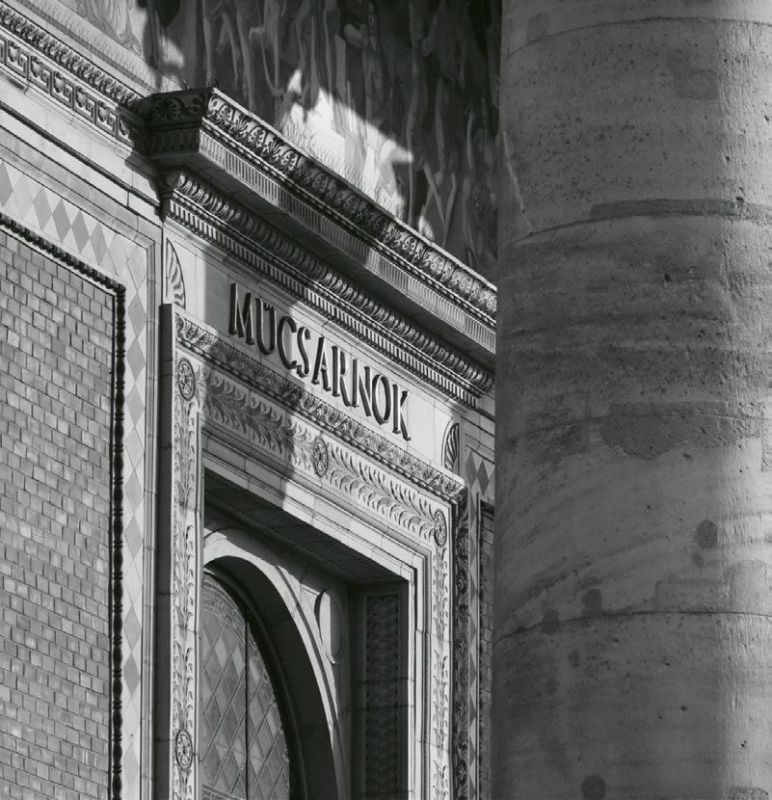 Kunsthalle Budapest has always cultivated two traditions. Firstly, in the grander context of urban mythology it can be interpreted as a loose analogy of the founding eras. This tradition took root in the boom that took place around the thousandth anniversary of the State of Hungary, and has its basis in the classical erudition of the city elders, architects and – at the time inseparable from the latter – fine artists of Budapest during that period. Besides this, a new tradition of Hungarian and European fine art spanning more than a century continues to be perpetuated in this special place by the public’s attitudes towards art.

Kunsthalle was one of the grand-scale urban developments of the age, opening at the end of today’s Andrássy Avenue – before the Museum of Fine Arts was built –as the “ceremonial gateway” to the National Millennium Exhibition of 1896. Its walls are adorned with Renaissance ornamentation based on Etruscan ceramic art, while its entrance lobby was inspired by the Bakócz Chapel of Esztergom. The timing and the choice of venue, at the edge of City Park, were tied to the Millennium Exhibition and celebrations but followed an ancient pattern. The laws on which antique Roman civilisation was founded were whispered by a nymph called Egeria to the second Etruscan king Servius Tullius during his walks in the park. The last chapter of the three-volume Disciplina Etrusca, the Book of Rituals, looks on the city as a mirror of the cosmos.1 Accordingly, the city is not merely the habitat of people, but a sacred walled shrine to the gods. The intersection of its main thoroughfares marked the site of a mythical well, which was opened three times a year. When this happened, the ancestors made contact with the living. In Rome, this well turned into an obelisk. The archaic spiritual function is also present in Budapest’s present-day urban structure, as the symbolic tomb of the unknown soldier in Heroes’ Square – surrounded by the statues of kings – below the column supporting the statue of the Archangel Gabriel.

The new Avenue took over the role of the previous city axis leading from the City Centre to City Park via today’s Király (King) Street and Városligeti (City Park) Avenue. The new palace-lined Avenue was impressive even by European standards, with the Opera House designed by Miklós Ybl at its centre. On the far side of the Chain Bridge, in Buda, stands the Royal Palace renovated and extended first by Ybl and later by Alajos Hauszmann. At the other terminus on the Pest side, Heroes’ Square and its stalls were the main attraction. In 1896, the side of the square facing Kunsthalle was not yet dominated by the Museum of Fine Arts (which opened a decade later), but by the Rotunda housing Árpád Feszty’s monumental panoramic picture – the very pinnacle of “media art” at the time – depicting the Magyars’ arrival in the Carpathian Basin. Before 1896, the representative exhibition space for painting and sculpture had stood behind today’s Kunsthalle building: the pavilion that was reopened in 2019 as the House of the Hungarian Millennium. This former home of contemporary art was designed by Ferenc Pfaff for the National General Exhibition of 1885, but it soon became clear that this exhibition hall was of insufficient size. When Albert Schickedanz was commissioned in 1884 to design Heroes’ Square, and after a long struggle the National Hungarian Fine Arts Association was finally able to commission the design of a new, modern Kunsthalle, painting and sculpture enjoyed great prestige as a means of both preserving the memory of the foundation of the nation and shaping the twin capital of the empire. (Schickedanz himself was also a constant participant in the Association’s exhibitions.) Heroes’ Square became a forum in the classical sense and a worthy setting for Kunsthalle. To this day, gold Antiqua lettering on the building’s portico proclaims: FOR HUNGARIAN ART.

The hundred or more turbulent years that have passed since the First World War spared neither the building nor the culture, including the genres and creators of fine art. The Kunsthalle building was reconstructed after being used as a military hospital in the two wars; and as an institution, also, it was capable of constant renewal despite the successive reigns of terror. At that time, rather than salons, the continuity of the pledge inscribed above the entrance was ensured by national exhibitions and autumn and spring art shows. The common use of the word ‘salon’ in this context dates back to the Salons de Paris of the 19th century, and their globally transformative impact. Opinions are still divided on whether modern art in Hungary originated in Munich or fin-de-siècle Paris, although the general public knows little of the “Munich v Paris” debate in art history. The significance of the Hungarian artists who attended the Munich Academy of Fine Arts in the 19th century has finally become a hotly debated topic in professional circles: Calls have been made for the long-maligned spirit of the “pseudo art” of Munich – this was Lajos Fülep’s criticism – not to be examined by “posterity” through the lens of modernism. The profession has started to examine how much the students of the Munich Academy contributed to the emergence of Hungarian modern art. Professor Piloty and the Hungarian students – Gyula Benczúr, Sándor Liezen-Mayer, Alexander von Wagner and later Simon Hollósy, László Pataky, Béla Iványi-Grünwald, Pál Szinyei Merse, Aladár Körösfői-Kriesch or János Vaszary – indisputably created valuable art.2 The young Hungarians studying in Munich were also influenced by the activities of the Kunsthaus there. Held to celebrate the 120th anniversary of the Műcsarnok’s opening, the exhibition The First Golden Age | Painting in the Austro-Hungarian Monarchy and the Műcsarnok (2016) exhibition curated by Ilona Sármány-Parsons did a lot to clarify this issue. Ultimately, the Munich students became the first generation of artists to advance and perpetuate the Kunsthalle salons. The process had started.

Among the artists featuring in the Hungarian art exhibitions of another “ill-fated” era, the early 1950s, art history records as indisputably great the airy painting of Aurél Bernáth, or for example the almost sketch-like realism of Endre Domanovszky, which fitted in well alongside the photorealist paintings of László Félegyházi. Artistic diversity was also in evidence during the period of Socialist Realism, although the ideological nature of the subject matter is beyond dispute. It was partly on the strength of the recurring exhibitions that István Szőnyi, Domanovszky and Bernáth were entrusted with creating the pictures on the walls of the Népstadion (today: Puskás Ferenc Stadion) Metro station. Quality also had a chance to shine through at the “salons” of the time. And this had a tangible effect: After Stalin’s death, in 1954, the 0.2 percent proportion of art spending within capital projects was suddenly increased to 0.5 percent.3

In other words, the National Exhibitions also brought major existential benefits beyond the function that they still have today, as a venue for meetings between artists and other artists, artists and art critics, and artists and the public. This may be why so many artists today still regard Kunsthalle as the “Mecca of visual art”. Ten years ago József Mélyi wrote an essay on the artistic trends that had followed the change of political regime two decades previously, and the situation of the contemporary artists he believed had been forced into the background and deprived of institutional support. To quote from this study: “The Hungarian practice in the past twenty years differs from similar Western-European systems in that the dividing line between mass art and contemporary art has still not solidified during all this time in Hungary. In the centralised and relatively undifferentiated decision-making and distribution systems, the distinction between the two continues to be blurred. […] The dividing line is also reflected in the struggle for individual institutions, as evidenced by the difference between the exhibitions on the two floors of the Mai Manó House and the outpouring of ever newer way of interpreting the slogan “Kunsthalle belongs to the artists.”4 He mentions one of these ways specifically: Iván Szkok, who – as a protester who does not identify with Mélyi’s wider interpretation – set fire to one of his works on the steps of Kunsthalle. Szkok may not have had the Etruscan Book of Rituals in mind, but he certainly felt the symbolic power of the sacrificial flame.

Kunsthalle, its steps and in particular its exhibition spaces are certainly considered by many to be a place of ritual. During my time as artistic director the number of independent exhibitions – that is, those with their own curator – has reached one hundred and fifty, and I would not place any of the exhibiting artists into Mélyi’s category of “mass art”. The gesture of inclusions solidifies further with each salon. The curator of the 1st Salon of Fine Art, Júlia N. Mészáros, also created a section open to all-comers, with the works of several hundred artists displayed on monitors in the Chamber Hall. At the salons we have the capacity to display an average of 200 artists in Kunsthalle’s exhibition spaces. We also have to take into account how much art visitors to the exhibition are able to take in. Our approach has proved popular, with each exhibition attracting around 25 000 visitors, which is clearly an impressive figure in the context of contemporary art exhibitions.

This is a testament to the exceptional abilities and efforts of the curators of the salon exhibitions. The Artonomy concept applied by this year’s guest curator József Szurcsik is values-based while taking a sympathetic approach to the differences in artists’ worldviews. Szurcsik – putting the ‘canons’ to one side – has excelled with his ability to see the big picture, his personal judgement and exceptionally wide-ranging knowledge of art, turning this ambitious project into an unqualified success. Special thanks are due to him, the Kunsthalle staff and all our other helpers.

The concept of holding National Salons showcasing a variety of genres and artistic approaches was revived by the Hungarian Academy of Arts. This series has proven to be one of our most visited contemporary art events. Since the revival of this tradition at Kunsthalle, the salons have become a continuous project, and the resulting combination of the experimental and traditional approaches to art is what makes the scene complete. Can this duality work? I believe that even the most avantgarde art is itself born of the freedom to play with tradition.

*The works of literature cited here are published in Hungarian, and their titles are translated here for clarity only. For the original Hungarian see the Hungarian-language version of this text.